Skateboarding in Gaza: a project full of love and fun!

I got introduced to Andrè’s work by chance running into his shots thanks to a friend.
I really love photographs because they are often stolen and shared moments of happiness.
Andrè’s ones are even more so because they come from Gaza and their history has led me to want to get to know them. I met him on a sunny and warm Milanese Sunday while at the park he was training on the skate with two of his beautiful daughters with whom he shares this passion.

1. Hi Andrè, congratulations you are very good as a skater … tell us who you are?

I’m André Lucat and I’m a 38-year-old photographer with a beautiful family and 3 beautiful daughters.
I have a great passion for skateboarding and for all the culture that comes with it and all this has found a home in this beautiful project called Gaza Freestyle.
It is produced by a group of young people who refer to the Lambretta Social Center in Milan. They have been pursuing this initiative of support for Palestine for some years, in particular they promote a whole series of activities related to “freestyle”, from parkour to skate, from graffiti to rap and so on … thanks to these activities we have succeeded in getting closer to a complex reality like that of Gaza, giving the local population moments of joy and distraction within a very difficult reality every day. 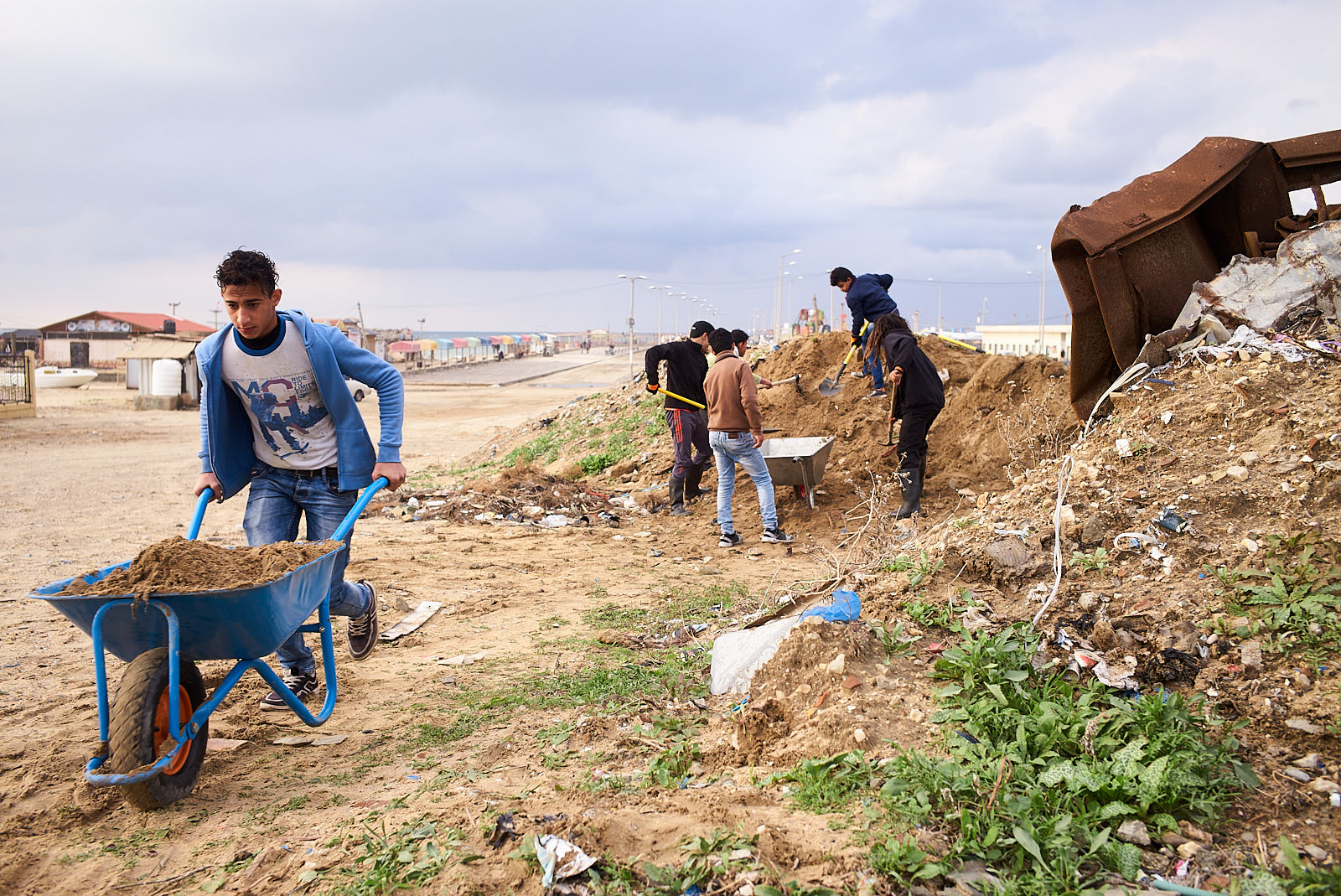 2. What is Gaza Freestyle? How did you design and build it? I guess it wasn’t easy to do all this inside the Gaza Strip …

It was not easy … Gaza Freestyle developed thanks to 4 different work groups that were involved for 15 days between the end of December and the beginning of January, carrying out various projects in addition to the “freestyle”.
Initially there was the extension of a ramp originally built in a previous trip with the work of 4 volunteers, including myself, who left Italy and were supported by a large workforce of Palestinian children. After that there was a parallel project with the recording of a rap song, a song sung half in Italian and half in Palestinian, recorded in Gaza.
We have organized several workshops between Italian and local women to compare the conditions of women in Islamic society. In the last 10 years, with Hamas, women have been limited in a series of actions and freedoms. All these very interesting meetings and discussion activities were documented by a media group that moved within the Gaza Strip to monitor the implementation of individual projects.

3. How many were you doing all this?

About 20 people were involved among all the groups. I am the oldest with my 38 years, the youngest are 20 years old. All coming from different places, 3 from the Naples area and the rest from the Milanese hinterland. The Lambretta Social Center was the common thread for a group of friends who organized themselves to go for a moment of reflection and good. 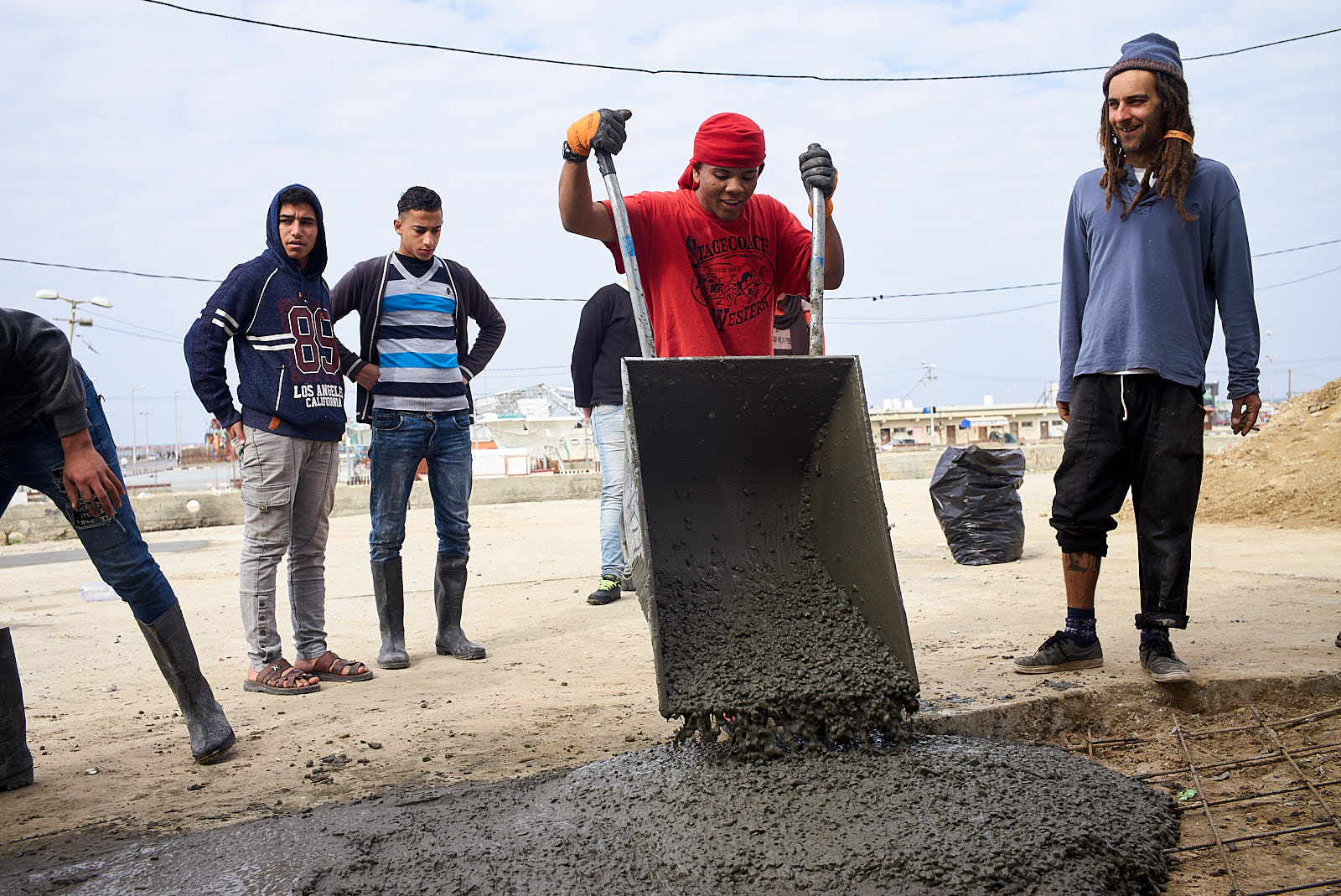 4. What were the feelings you felt during these 15 days? What is the reality in the Gaza Strip?

Daily reality is very complex. On the one hand the constant fear of bombing from Israel, on the other you still have Hamas and its police who are Islamic fundamentalists and as a Westerner they don’t like you because they bring a different culture from theirs. This has also caused us organizational problems. So you always feel a little under attack or observation, I don’t say threat but almost … certainly the goal of creating Gaza Freestyle always gave strong and beautiful emotions that erased all the fears. 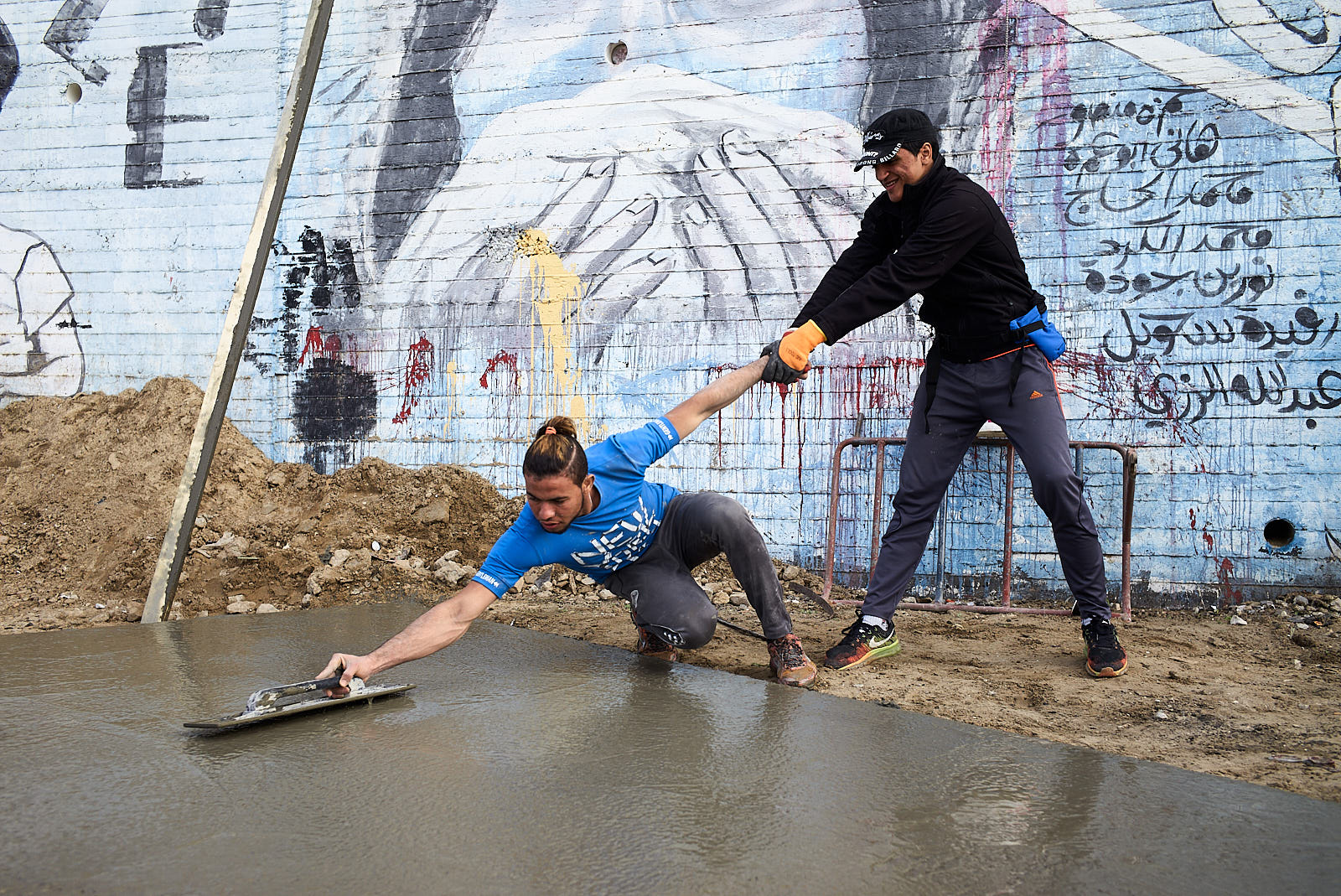 5. The fact of being a father among so many young people of Gaza and Italians, what emotions and feelings did he give you?

Being a father, It makes you feel like these kids who go to the yard every day were your kids even though by age they were almost always bigger than my daughters … it makes you imagine they really are your children. When you hear of these young Palestinians who have little hope, they will have little ambition in the future if they do not run away from their land to have hopes and not die young … it is clear that it makes a great impression. Think of your children, their aspirations and dreams.
Above all this struck me, to perceive the sense of defeat and resignation towards the future given by fear. 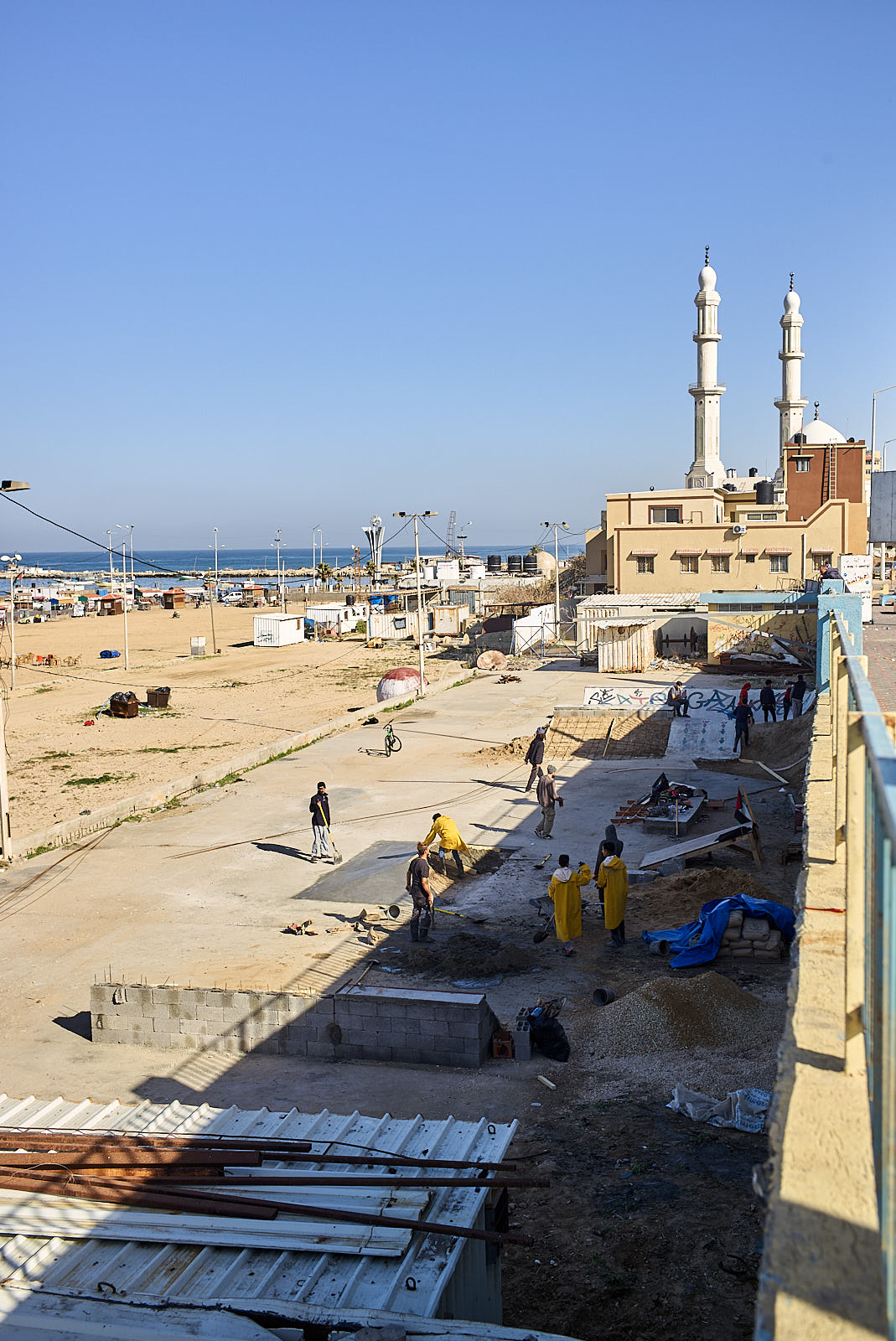 6. What have you accomplished concretely and in hopes with Gaza Freestyle?

We completed a mini skate park in less than 15 days, connecting it to an existing mini-ramp. We expanded it with various works by setting up a square that leads to the port of Gaza, a very decadent but potentially very beautiful spot with a sea view. There are also a lot of graffiti done inside the project … the best thing is that it has become a very popular gathering point for the boys of Gaza. A very beautiful thing because lived by those who practice skate but also by those who do not practice it, a place of outlet and fun for everyone. 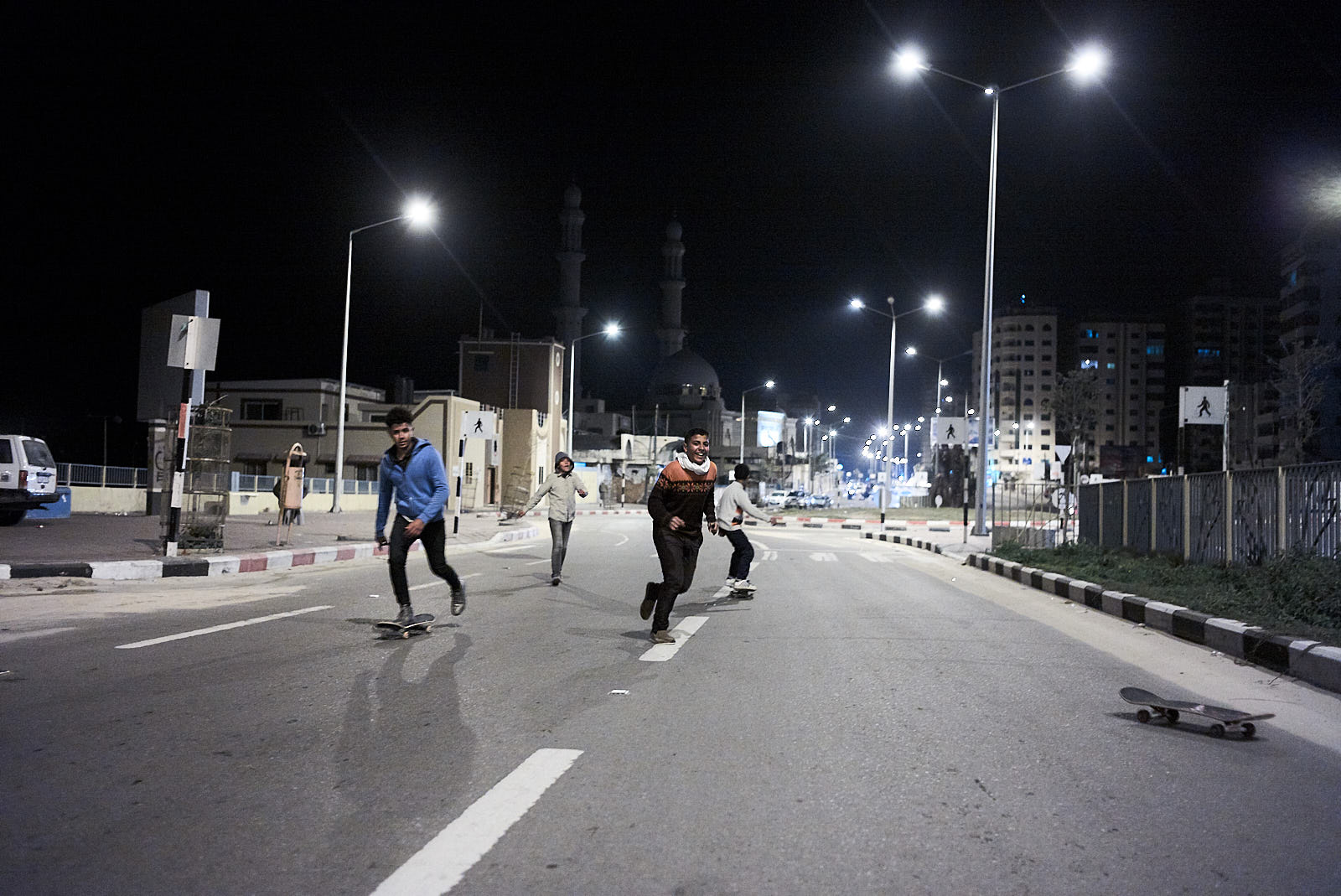 7. What is left for you and your friends?

Definitely a beautiful experience, born of friendship and the desire to achieve something for others. All the things realized were possible thanks to a fundraising organized on the internet, a crowd-funding. After that we self-taxed ourselves by paying for our flights, stays and the materials used … all to make Gaza Freestyle possible. The nice thing is to have succeeded and having done it this way is even more so.

The chat with Andrè ended like this, with a big smile full of hope and desire to do for others. A beautiful message in a period where sometimes you don’t want to see outside of your ego. Take and risk one’s life to help, even “only” with a skate park, the young people of Gaza. Small messages and gestures that can start great changes. Thanks Andrè and thanks to all your group.